Boys Against the Girls 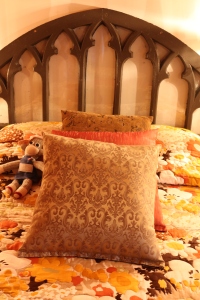 When I was a kid we used to play boys against the girls at recess time. I wonder if it was then that we were conditioned to take abuse from males. I have been thinking a lot about the Jian Ghomeshi scandal and could not help but wonder why few take a brave stand against it. When do we start to stay silent and why?

For many who know me personally this may be a hard read. You may find out information about me you did not know. I am sure we all have our own stories–many will be worse than mine.

As I have looked back over my life as a female this past week, I have had many memories that are laden with the power dynamics of surviving in a world of misogyny. I remember a morning at school when one of the boys held a handful of snow, threatening to wash out the face of one of the girls. He stood before us, sneering, and then asked, “Who is gonna get it?” I must have been tired of the constant beating down at every recess or something but I snapped as I watched us all cowering in the corner. I moved forward and quickly slapped his hand upward, the cold snow covering his own face. The girls scattered and he sputtered obscenities at me.

There was also the trauma of walking home and having a boy from our class jump out at us, exposing himself, fairly regularly. Then there was the male teacher in elementary school that a group of us still talk about as creepy. One of the boys must have also sensed what we did because he intervened at one point and got detention.

While in elementary I was incredibly unfortunate to experience something I forgot until I was a young adult. That said, my angels were definitely working double duty that day. I was heading to my patrol corner by myself that day when a car pulled up and the man inside asked me for directions to the nearby candy store. He had opened the passenger door but I was already turning around and pointing to the store which was visible from where I stood. Some fast talking on my part and the sight of other patrols coming scared him. He sped off without ever being apprehended. I reported it to the principal and I remember the police were going to be called but I really do not remember much else. I could have been abducted and abused that day–perhaps even murdered. Why don’t I remember that anyone really cared about it?

Fast forward to young adulthood when a friend of mine who was bisexual warned me about a mutual friend: “Don’t ever get in his car by yourself.” My friend was worried about my safety because his own had been violated. It was about a week later that the other guy, offered me a ride home and I declined. He reached across the seat and tried to pull me inside. He stopped when he saw my face as I remembered the candy store incident for the first time in a flashback. I heard him say, “I am not going to hurt you.” I was not really there though–I was trying to shake a memory out of my head. He let me walk away without pursuing it further. I could not believe I had buried the incident and began to realize that this memory was why I did not put my trust in authority figures.

Incidents in junior and senior high schools were not unusual for the most part on my own path but I remember a girl who was cognitively challenged who one day showed up at school pregnant. I had heard the stories of what had happened to her by a jock–we all did. Now I knew it was true. I was sickened but nothing ever happened to him as far as I knew. I have wondered about her, him, and the baby on more than one occasion since that day. I have wondered if any of us ever said anything to him about his cowardly act of abuse to that girl.

So many of my female friends who had early sexual relationships now admit they would have done things differently. They felt used and disrespected by boys who were thinking mostly about themselves and their needs. It was not mutually enjoyable. I listen to a young woman talk to me about her sexual experiences and I have gotten mad on more than one occasion as I try calmly to tell her that she needs to take more control over these experiences and that just because she is in a relationship with someone that he does not get to have sex on demand as if he can flick a remote that opens her legs. How can she, like so many other young women, learn that she can say no, even to her partner, because she does not want sex right now, right there, in that fashion? When do the males understand what mutuality in a relationship looks like?

In conversation with friends as adults, too many have confessed to me about being raped–as teens, as women, at gunpoint, with a knife pressed to their throats, with threats unspeakable. They speak of what has, or has not happened, to their perpetrators. Clearly going to the police does not always help but for many it did.

It is not always about violence though. I remember being on a date and I was telling what I thought was a great story when the man interrupted me and told me how beautiful I was. I paused for a moment, thanked him and continued my story. He cut me off two more times before I gave up. He had blown it though. His head had run ahead to what he was hoping might happen after dinner and I had crossed him off the list. Perhaps if he had said I was brilliant or compassionate or something else given the story I was telling I might have been impressed but all I could think of was I am more than what he sees. I am more than a sexual object.

Men lack respect for women when they only see us as things to be dominated and controlled. I have seen it in the work place, in church communities, in the academic world, and in service clubs where men are supposedly doing good. I have experienced work place harassment twice, each time by men who have preyed on other women. The first time I addressed it head on but watched him move on to a new female staff when she joined the organization. The second time was even more horrible, when the female principal could not have him removed for his disgusting behaviour, try as she might. Instead the school lost an excellent female teacher whose mental health was at stake if she stayed. Those of us who had experienced the harassment could not even as a group hold enough credence to change the powers that be. I have no doubt why more women do not come forward or press charges. Clearly, great courage is required to do so even when everyone knows what has happened to them is true.

I love being a woman despite the inherent dangers of it. I have dozens of stories more that I could share–as I am sure that you who are reading can. I do not want to demoralize us. I also do not want to sound like I am male bashing. I am utterly blessed to be surrounded by good men, men who I believe are respectful to all women in their lives, and are amazing partners and fathers. They are raising good boys who will not tolerate violence against women, who will not stand silently when they see injustice and oppression. Many men supported me both times I stepped forward with my claims of being sexually and emotionally harassed. They were enraged that it had happened to me. I was believed. This is what needs to happen.

I have read and listened to much of what has unfolded this very sad week in Canadian history. When I first read Ghomeshi’s Facebook post, I tried to keep an open mind but there were a few clues that this might take a nasty turn. In several places I could not help but wonder if he was a perpetrator taking the victim stance. His preemptive strike seemed defensive but I could not have predicted the accusations that arose. The post was really all about him and that should have been a clue that something was amiss. There was no sense that he respected women, only that what he did in his bedroom was his business and domain, no matter how dark it was. He tried to make his readers seem like they were the ones who might not be liberal enough to accept his sexual preferences. I suspect his journey to enlightenment will be a long and hard one.

This post is really not about him though. It is more about #IBelieveLucy and the other women who are coming forward. It is about us taking a stand against alleged violence against women everywhere. I believe in justice and I believe that someone is innocent until proven guilty. I mostly believe that both men and women everywhere need to stop hating women. We need to stop hating ourselves and our sisters. We need to tell men who abuse that it is unacceptable. We need to teach men that sex is not a human right when someone says no or when the rules of the game change or when violence is involved. We need for girls and women everywhere to understand this one simple statement: You do not deserve it–ever. You are a child of God who has created you as beautiful on the inside, which is more important than being beautiful on the outside.

We all have a decision to make about violence. We can respond with hate towards the man who is accused of these horrible actions or we can hate the behaviour and try to persuade the man to be a man and stand up and admit if he did what he is accused of. We need to reach out to the men as well as the women in these instances in order to stop the cycle of violence. We need to pray for healing in this world and bring to the Light that which occurs in the dark. Each one of us needs to say we have a part in making the world a better place, and maybe it starts by telling a female friend to be careful, or a male friend that what he is doing is sick and violent and he should stop. We need to stop playing boys against the girls and commit to creating a new order. What will you do to change violence against women? It starts there.

A Canadian prairie girl rooted in Ignatian spirituality, I seek God in all things. Whether I catch a glimpse of the Divine and delight in its presence in nature or in the beauty of an encounter with someone, I am ever so grateful that I can recognize the Creator. I greet each new day with hope and happiness, expecting blessings and miracles because I am created to praise, love and serve God. This blog is one way of realizing that through my writings, prayers, and photography. To God be the Glory!
View all posts by sstyves →
This entry was posted in Uncategorized and tagged #ibelievelucy, #violenceagaintwomen, #youdon'tdeserveit. Bookmark the permalink.