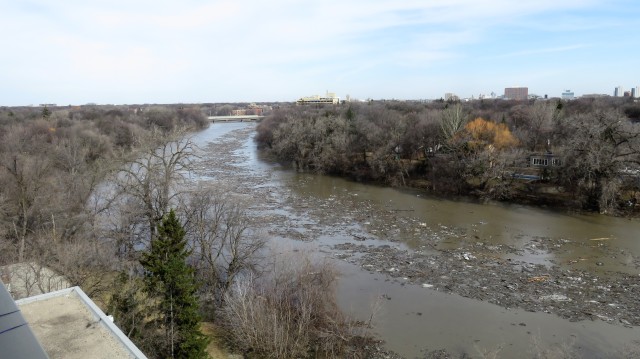 On a recent Lenten retreat the G. M. Hopkins poem, God’s Grandeur, was used as part of the reflection time. When I first was diagnosed a thoughtful friend sent me a copy of The Word in the Wilderness:  A Poem a Day for Lent and Easter by Malcolm Guite, a delightful poet that I met on another retreat and a good friend of my friend.  I had recently pulled it out again because the resources I have been using this Lent were not grounding me. Today’s poem was Hopkins’.  I smiled because during the retreat I had a difficult time settling into the poem because I did not understand what the context the word charge was supposed to mean from the line The world is charged with the grandeur of God. I wrestled with the various meanings of that single, loaded word. The question to ponder had also to do with me being charged with the grandeur of God. I went round in circles for the first while, wondering what definition to use. Guite, a brilliant scholar, also raises this question of what the poet meant.

-charged as in given a task to do

Each of these definitions fit the intent of the line–the reader can almost see the sparks in the air when the poem continues with It will flame out, like shining from shook foil — God’s grandeur cannot be harnessed. The natural world is charged with this spectacular energy that anyone really paying attention has to be electrified with.  That is what ran through my mind originally when I sat to pray with the poem and then began to marvel at the other meanings and then got caught up in what does this really mean. The world is each one of us and we have the duty to shake that foil causing it to reflect the grandeur of God so that it can flame out and allow people and places to shine with that Glory. What was my part in this charging? What was I being called to do? Guite references Matthew 24.27 suggesting that the Gospel is a charge in a world that illuminates the world like lightening. Is this in fact not what we are all charged to do?  Are we not all called to bring a dazzling and breathtaking Light to our world?

The next line of the poem –

It gathers to a greatness, like the ooze of oil
Crushed.
holds the key word according to Guite – Crushed.  A single word that refers to Gethsemane which means oil press. Guite rightly points out that John’s Gospel becomes the brightest when it is the darkest part of the story because Jesus’ hour has finally come and the Light of the World will not disappoint. Here are the fourth and fifth meanings of the word charge that Guite does not mention–the Saviour is found guilty and the price has been paid in full. The oil is pressed, the foil is shook, and the world is now fully charged, pressed down, and complete. Christ is crushed and God’s grandeur is revealed.
Peace,
Suzanne
Reflection Questions
What have you done this Lent to shake the foil and brighten the world?
What does the crushing of Christ mean for you as we enter Palm Sunday weekend?
Prayer
Charged and crushed, Saviour, you call us to also light up the world and pour out our lives.  As we enter this Holy Week may we know the expensive price you paid for us to be free.  Let us walk in your footsteps to Calvary and see the blood oozed out on the path.  May we be moved to action and take up the duty placed before us. Amen.

A Canadian prairie girl rooted in Ignatian spirituality, I seek God in all things. Whether I catch a glimpse of the Divine and delight in its presence in nature or in the beauty of an encounter with someone, I am ever so grateful that I can recognize the Creator. I greet each new day with hope and happiness, expecting blessings and miracles because I am created to praise, love and serve God. This blog is one way of realizing that through my writings, prayers, and photography. To God be the Glory!
View all posts by sstyves →
This entry was posted in #BibleStories, #Consolation, #Miracles, #prayer, Catholic, Christian, Faith, Ignatian, Spirituality and tagged #Action, #cancer, #Freedom, #GodsGrandeur, #Gratitude, #JesusSaves, #Joy, #Lent, #LentenJourney, #LifeofService, #LightoftheWorld, #MultipleMeaningWords, #Peace, #Poetry, #Prayer, #SufferingServant, #WhatDoesItMean?, Lightinthedarkness. Bookmark the permalink.